Hosted by TWGHs with the Faculty of Education, The Chinese University of Hong Kong and The Education University of Hong Kong as co-organisers, the 2017 Territory-wide Young Children’s English Song Singing Contest was successfully staged. The Contest aimed to nurture young children’s interest and enhance their confidence and competence in learning English through singing.

The Singing Contest has been organised annually for kindergarten children since 2006. This year, over 3,100 children from 146 kindergartens, nurseries and child care centres took part in the preliminary contest on 19 November 2016. A total of 9 teams were shortlisted for the final contest. The winners were announced during the Final Contest on 14 January 2017. 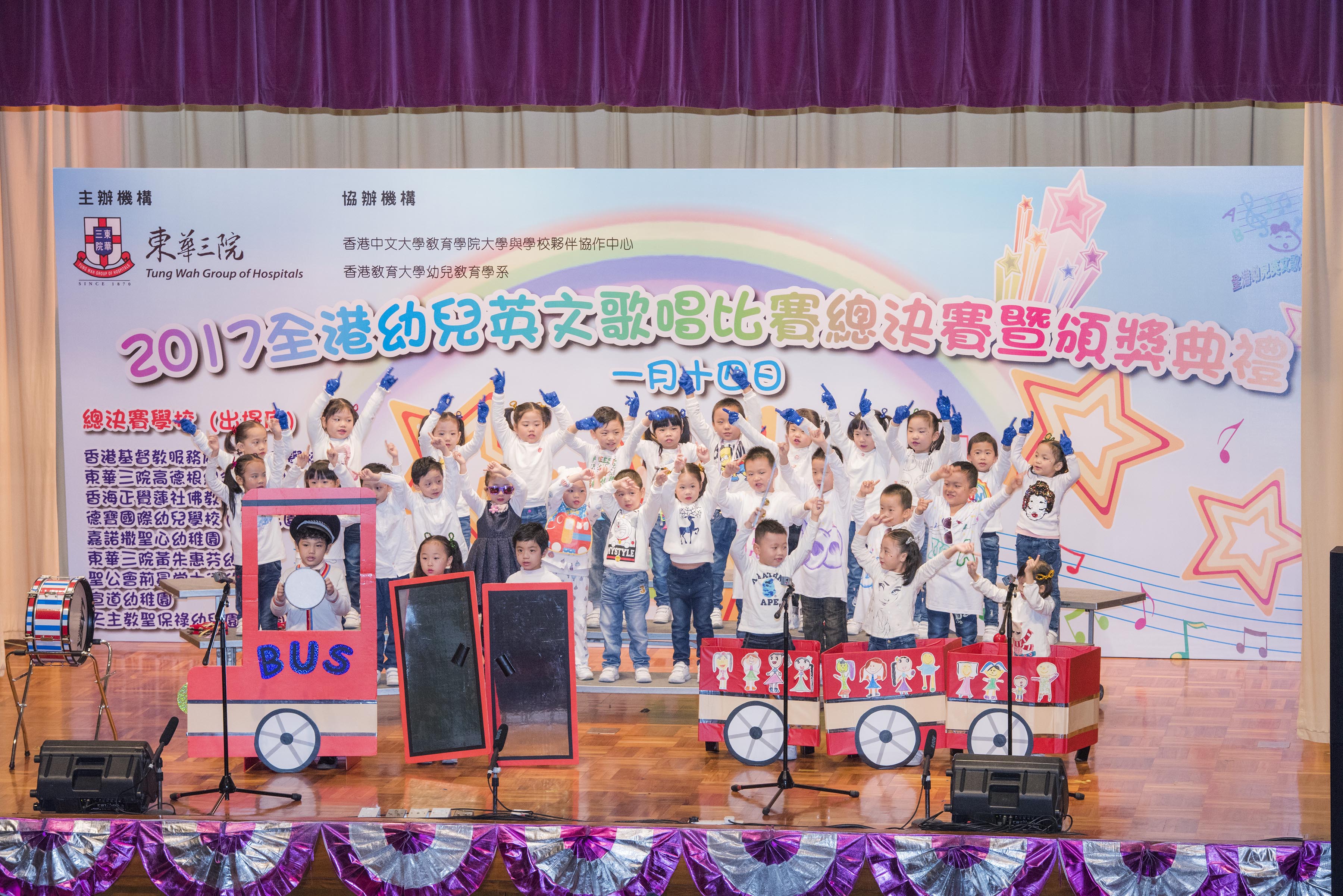 Children with attractive dressup performed well in the contest.